We have done all the research to bring you the universal remote codes for Samsung blu-ray devices and a programming guide to use them properly.

A universal remote is powered with features that enable you to control not only Samsung Blu-Ray but also other devices like Samsung TV, LED, LCD, DVD player, and more. To set up the universal remote to Blu-Ray you must have codes that are compatible with the devices. And if the code is incorrect you won’t be able to pair your device. In this post, we have shared a huge list of working codes of RCA, Philips, and GE universal remote that will help you to program Samsung blu-ray.

There are multiple ways to program your remote with TV, DVD, or any other device. If the codes given below are not working for your device, don’t worry you can configure the remote without codes.

Let’s dive straight in and check the universal remote codes that you will need to set up the remote for Samsung Blu-Ray. All you need is to pick the right code as per your remote and type it using the number pad to configure the remote and blu-ray device.

How to Program Universal Remote to Samsung Blu-Ray

If you have a user manual/booklet or a list of codes, you can follow this guide to program a universal remote to Blu-Ray of Samsung with codes. Follow the given instructions to make RCA remote control work with the Blu-Ray.

Step 2: Insert batteries in the remote and point them towards the device.

Step 3: Hold DVD/Blu-Ray and Power button for a few seconds until the light on the “Power” button starts glowing.

Step 4: Release the power button but keep holding the “DVD/Blu-Ray” button and type the relevant code using the keypad.

If you entered the code correctly the “Power” button will light up again and if the code is incorrect the light will blink four times. In this case, you have to try a new code.

After setting up the remote control to blu-ray you can start using all the functions of the device without any problem.

If you face a situation where only a few functions of the remote are working, you need to program the remote with another code to make it fully functional. Following the above guide, you can program universal remote to Samsung TV, DVD, and Blu-Ray player.

If the given guide isn’t suitable for your remote control, you can check this page to learn how to program a universal remote with codes.

In this method, the remote control automatically scans all the universal codes one by one in the database and applies the one that matches the device. Follow the programming instructions given below to make the remote functional with blu-ray:

Step 1: Turn on the device that you want to configure.

Step 2: Point the remote at the blu-ray.

Step 3: Press and hold the “Setup” button of the remote and wait until the remote’s light turns ON. This puts the controller in programming mode.

Step 4: Start pressing “Channel +” and “Channel -” button and keep pressing until the device switches OFF.

If your television switches OFF it means the remote has been successfully programmed.

Step 5: Now, turn “ON” the device for confirmation of the remote’s programming.

Step 6: If it turns ON, you are good to go and use all the remote functions.

How do you program a universal remote to a Blu Ray player?

Follow these steps to program a blu-ray universal remote control to any brand of blu-ray:

How do I program my Samsung universal remote to my Blu Ray player?

Samsung universal remote does not require any programming. It is designed to work with all Samsung TV, LCD, LED, Smart TV, Blu-Ray and DVD players. Simply install the batteries and it is ready to use. Samsung officially recommends use of the BN59-01301A IR remote with its devices.

Where is the universal remote code for Samsung?

This is the first method you should try to program a universal remote to a Samsung device. Hold the “TV, DVD, Blu-Ray” which ever you want to program with remote.The remote light will illuminate. Keep holding the button and type “0101” and your remote will start working. If it doesn’t work try a different code from the list given above.

YES! You can use your Samsung TV remote to control your Samsung Blu-Ray, DVD player, cable and satellite boxes, and home theater systems. To control it you need to connect the external device to the HDMI port of the Samsung TV. Your television will automatically recognize the device and switch the output to make it work.

Can I control my Samsung Blu Ray with my phone?

YES! You can control all the features of the Samsung Blu-Ray player with your phone. For this, you need to download and install the SmartThings App by Samsung. Installing this app will turn your Android phone into a Universal Remote and then you can control all Samsung devices using your smartphone.

How do I get my blu ray player to work without a remote?

If your blu-ray player remote is not working, you can install a universal remote control app on your mobile and start controlling the device with your phone.

Why is my Samsung blu-ray player remote not working?

There are several reasons due to which Samsung blu-ray player may stop working. Try following things to make it work. Take the batteries out and hold the power “Power” button for a few 20 seconds. Insert the batteries again and try using the remote. If this method doesn’t work, install new batteries. If this also fails, it’s time to change the remote.

What are the GE universal remote codes for samsung blu-ray and DVD players?

Samsung Blu-Ray universal remote codes will enable you to use any universal remote with any Blu-Ray device of any brand. All you need is the right code for programming and you will be able to control all features of your device. You can also use these universal keycodes for Samsung TV. If you face any difficulty at any stage while configuring your remote with the device, don’t hesitate to post your issue in the comments. You can support us by writing a thank you note in the comment box. We will keep adding new codes and guides related to universal remote controls. 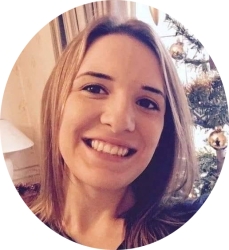 Latest posts by Martha (see all)